Geographical Indication (GI) is an official description of an Australian wine zone, region or sub-region. The GI system is designed to protect the use of the regional name under international law and is governed by the Geographical Indications Committee, overseen by Wine Australia. The Barossa (zone) is located north of the city of Adelaide in South Australia. It comprises two distinct and complementary regions, Barossa Valley and Eden Valley, which were formalised in 1997. High Eden is the only officially declared sub-region. The GI is purely geographic in concept, similar to the European Designation of Origin system.

An area that usually comprises one or more regions.

An area of land with unique and homogenous grape-growing attributes that produces at least 500 tonnes of wine grapes in a year, comprises at least 5 independently owned vineyards of at least 5 hectares each.

A sub-Region must fulfil the same criteria as a region but grape-growing attributes must be more unique and homogenous. 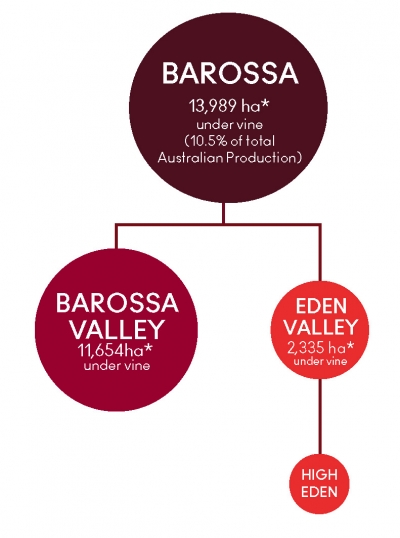