Regarded by many winemakers and growers as the most challenging vintage in living memory and certainly the most difficult, since the last wet Barossa vintage in 1974.

A La Nina weather pattern dumped unseasonal rainfall on much of north-eastern and southern Australia from November to April creating an extreme threat of fungal disease. Most vineyards were infected to varying degrees by downy mildew and in some cases oidium (powdery mildew) at bud burst and veraison. A comprehensive spray program limited grape damage and in late January yields and quality appeared excellent due to the extraordinary sub soil moisture.

However, further rain in February, March and April created intense humidity, delaying ripening and creating perfect conditions for botrytis in both the Barossa Valley and Eden Valley.

Micro-vineyard management (hand berry selection, double and triple machine harvesting) enabled many growers to deliver surprisingly sound fruit and although many had losses of as much as 50%, for some their overall delivery to wineries was close to average due to the high yields. Nevertheless, after many years of drought and low grape payments this will be remembered as a disaster for many growers.

Most wineries will have substantially reduced stocks of 2011 vintage wines but after years of over-supply this will create a much needed correction.

Early assessments suggest Riesling will be excellent (due to early picking), Mataro and Cabernet will be outstanding and Shiraz and Grenache will be variable to good. 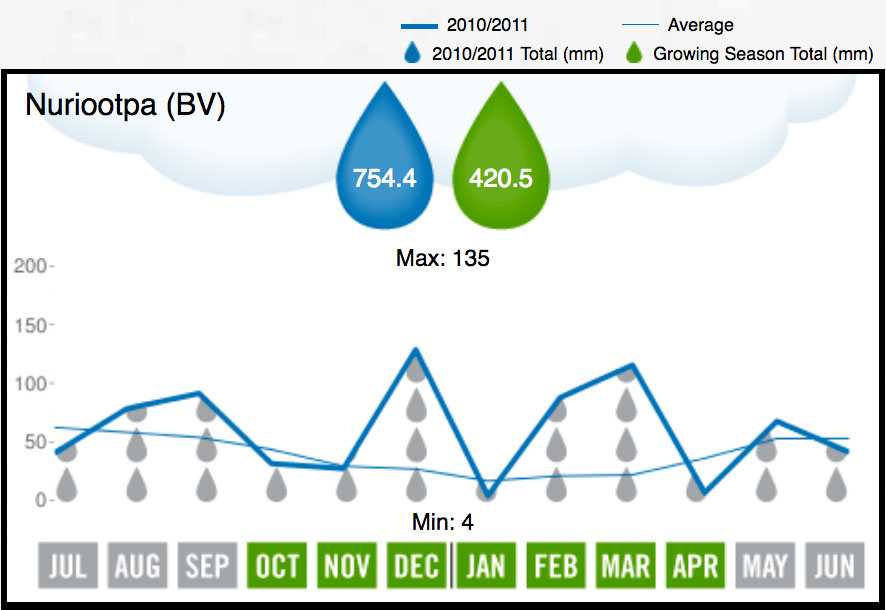 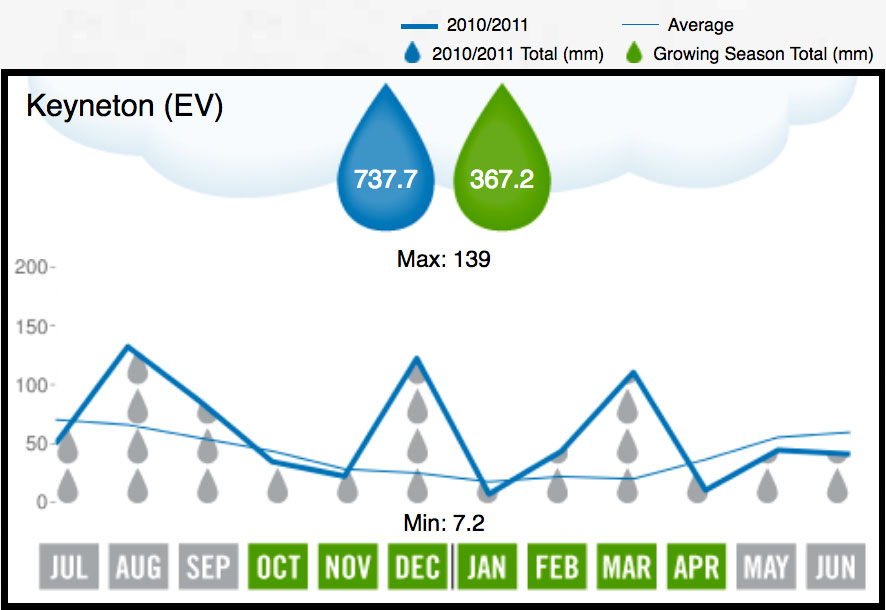 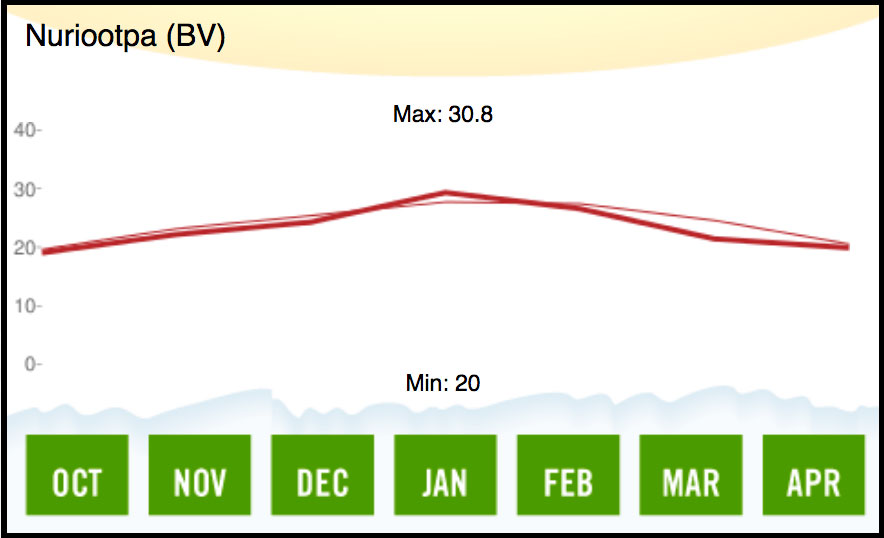