A very dry year with below average growing season rainfall and a warm vintage, again with with no rain, provided ideal conditions for ripening and reaching good Baumes, although this is recorded as a very bad year for oidium. The vintage conditions resulted in rich, generous red wines.

In 1986 there were 6,801 hectares of vineyards in Barossa and 49,711 tonnes of wine grapes were crushed in that vintage.

Government regulated grape pricing was abolished and a base price for all varieties of $190/tonne established for dry land areas (Riverland $170/tonne). Grape prices put economic returns for growers at an all time low and led to reduced inputs and vineyard development.

The SA Government Vine Pull Scheme was launched, reimbursing growers who removed old vines or unwanted varieties and left their land unplanted. 1986 Barossa Cabernet Sauvignon was turned into sweet sherry!
No grapes were crushed at Leo Buring, with contracted grapes processed at Peter Lehmann Wines. Since 1983 Leo Buring had reduced its grower base from 200 to 25 growers, and its crush was cut from 9000 tonnes to 2500 tonnes.

Increasing salinity in the underground water supply led to a recommendation to proclaim (or control) the Barossa irrigation water supply.

In the wineries Yalumba first used cross-flow micro filtration, and Seaview opened the largest champagne facility in Australia at Nuriootpa.

Australian wine consumption was at a record high of 21.6 litres per head. Increasing brandy excise had a severe impact on the brandy industry.

John Duval was appointed Chief Winemaker and custodian of Grange, at Penfolds. 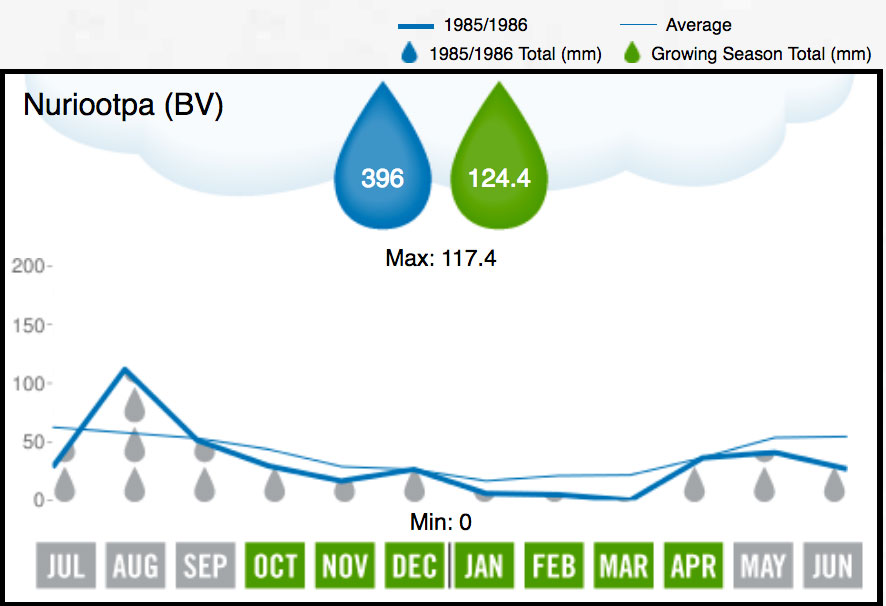 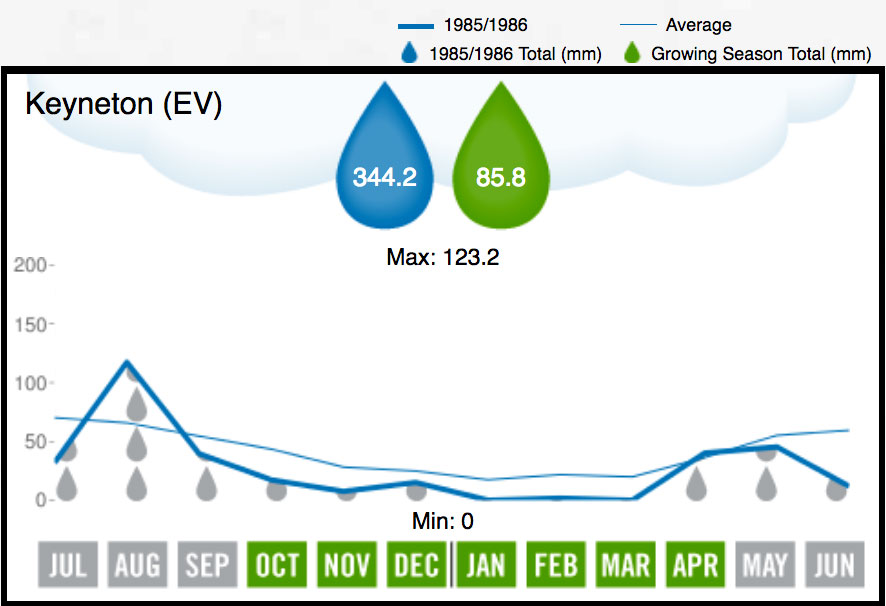 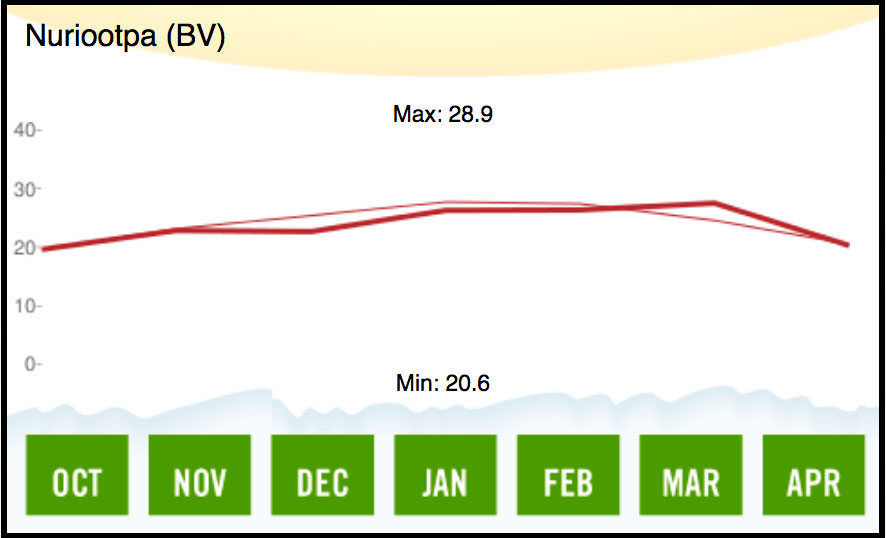