The 1982 drought year meant there was below average growing season rainfall in the winter prior to the 1983 vintage, a very dry December to February (with the Ash Wednesday bushfires on February 15) followed by a very wet February-March with frost then hail then floods on March 2nd. Such catastrophic weather conditions led to low yields (down by as much as 40%) but very good quality wines, especially in the reds which were concentrated and tannic.

In 1983 there were 7,384 hectares of vineyards in Barossa and 33,658 tonnes of wine grapes were crushed in that vintage.

Rootstocks continued to be promoted in the Barossa for nematode control.

Guenter Prass described bag in the box wines as the “saviour of the wine industry” providing an inexpensive entry level product for the enjoyment of wine.

The Barons of the Barossa donated a technical abstracting service to Roseworthy Agricultural College for the benefit of the wine science students.

Chateau Leonay winery was flooded on February 13 just prior to vintage causing $1 million damage – tanks were dislodged, 700 dozen wines were lost and underground tanks ruined. Seppelts and Orlando processed Buring’s grapes while the winery was out of action for a week. The last surviving MAC press in Australia was scrapped. 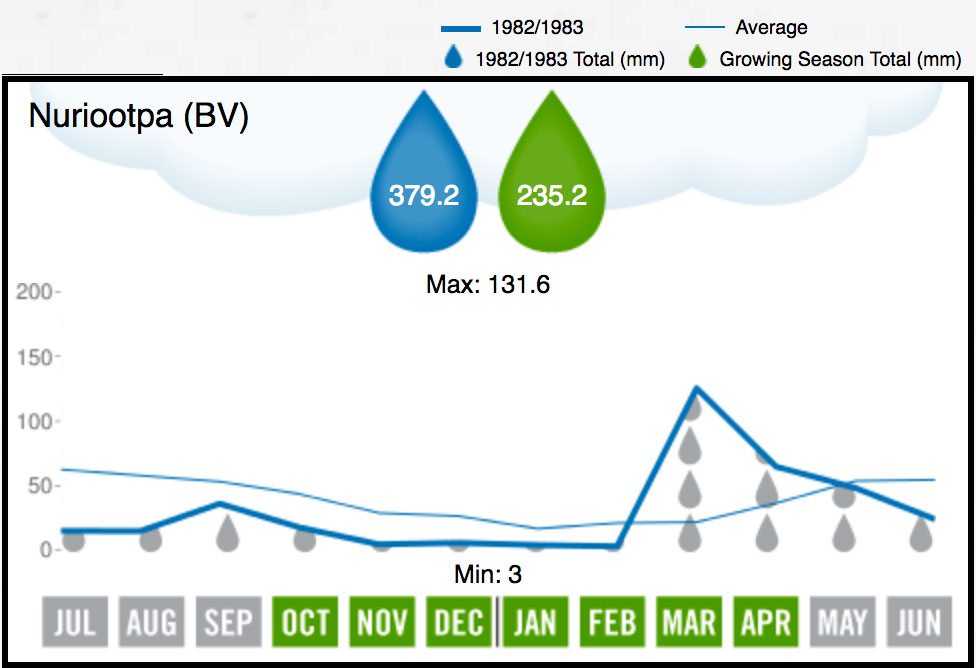 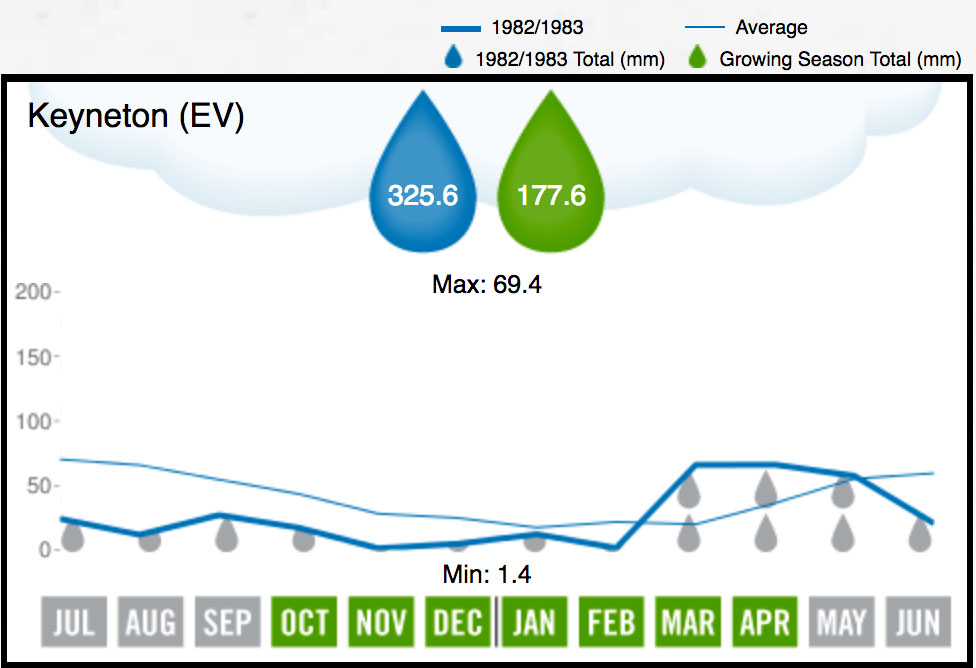