The third wettest winter in half a century followed onto a wet, late vintage with growers and wineries fearing a disaster. While the season produced record yields it also led to disease pressure and poor set and the resultant red wines were “ordinary” and have not lasted.

In 1969 there were 7,076 hectares of vineyards in Barossa and 30,273 tonnes of wine grapes were crushed in that vintage.

The widespread appearance of downy mildew in the Barossa, which was traditionally a low-disease risk grape growing region, caused such severe damage that some leading wines were not made that year and many wines were subject to lactase attack.

The Riverland led the Barossa in the development of new labour saving technology such as machine harvesting and also the introduction of drip irrigation. Nevertheless, more than 60% of Barossa growers were using some form of supplementary irrigation in 1969, particularly furrow irrigation from creeks. An awareness of the negative aspect of irrigation was noticed following measurements of salinity fluctuations.

Marginal increases in grape prices were paid in 1969, due to the demand for better quality fruit grown in the Barossa compared with the Riverland.

Tollana planted the largest contoured vineyard in Australia at Woodbury in the Eden Valley, to prevent soil erosion and moisture loss. 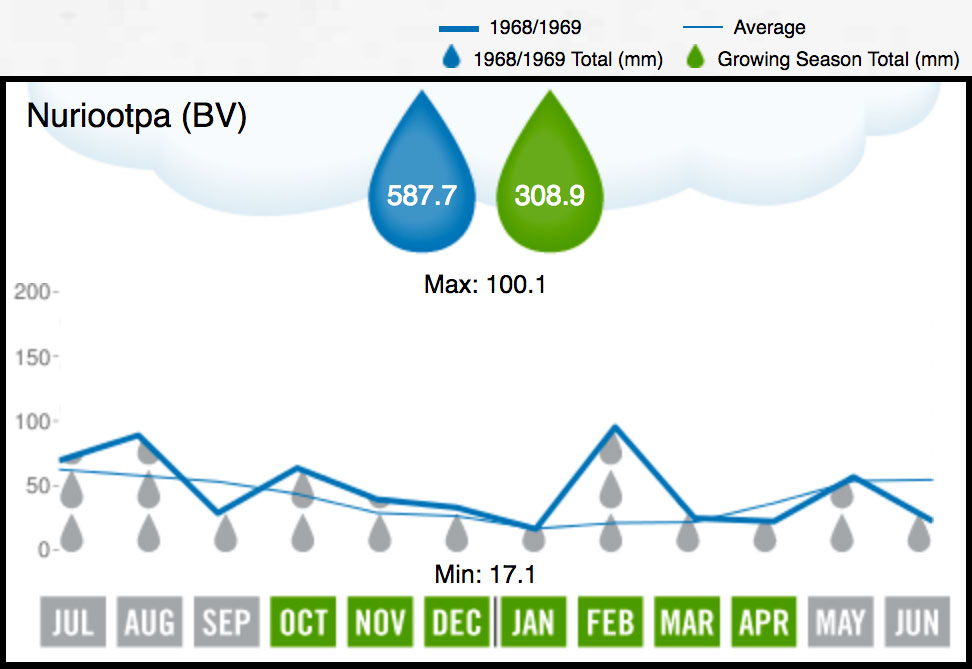 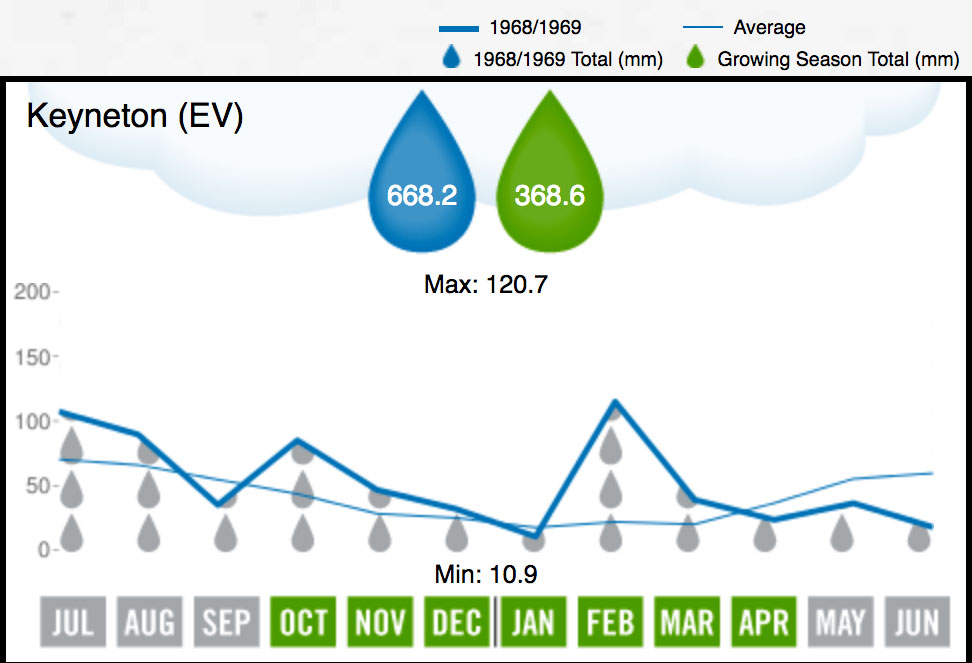 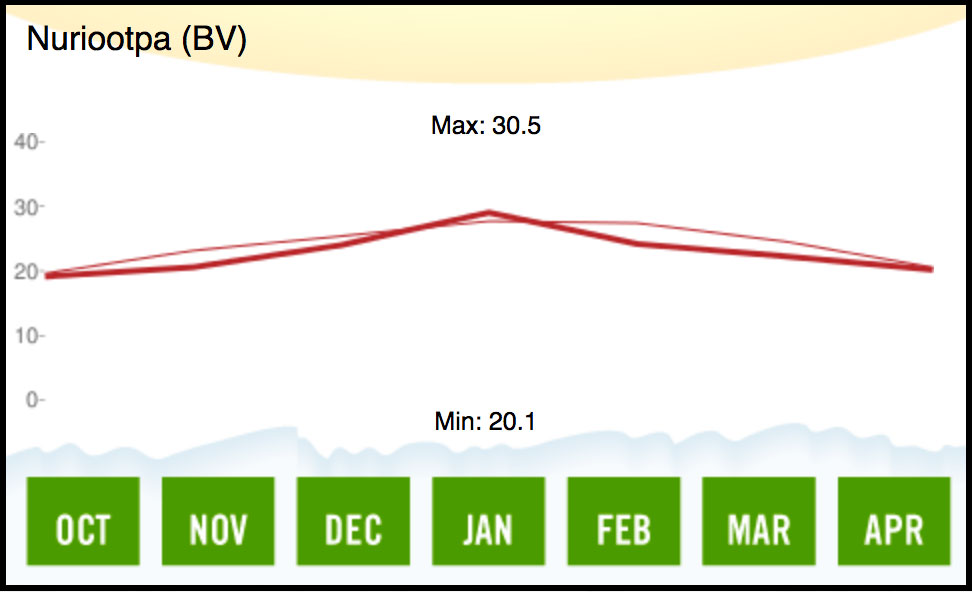