A long and very difficult vintage which reduced yields by 50% to an average of 3.0 tonnes/ha. This was caused by a very dry growing season (Nuriootpa received less than half of its normal rainfall), a very hot, dry January with only a little relief from 25mm of rain in January and February. These conditions produced low Baume white wines and light red wines.

In 1968 there were 6,934 hectares of vineyards in Barossa and 20,971 tonnes of wine grapes were crushed in that vintage.

Irrigation research and soil moisture management was now becoming a major area of research at the Department of Agriculture’s Nuriootpa Research Station.

In winemaking, pectolytic enzymes were now widely used. Mechanisation had progressed in refrigeration, where screw compressors were now being used, and in packaging as AGM supplied the first palletised, sterile packed bottles for Orlando’s new high speed, fully automatic sterile bottling plant which was commissioned in 1968. 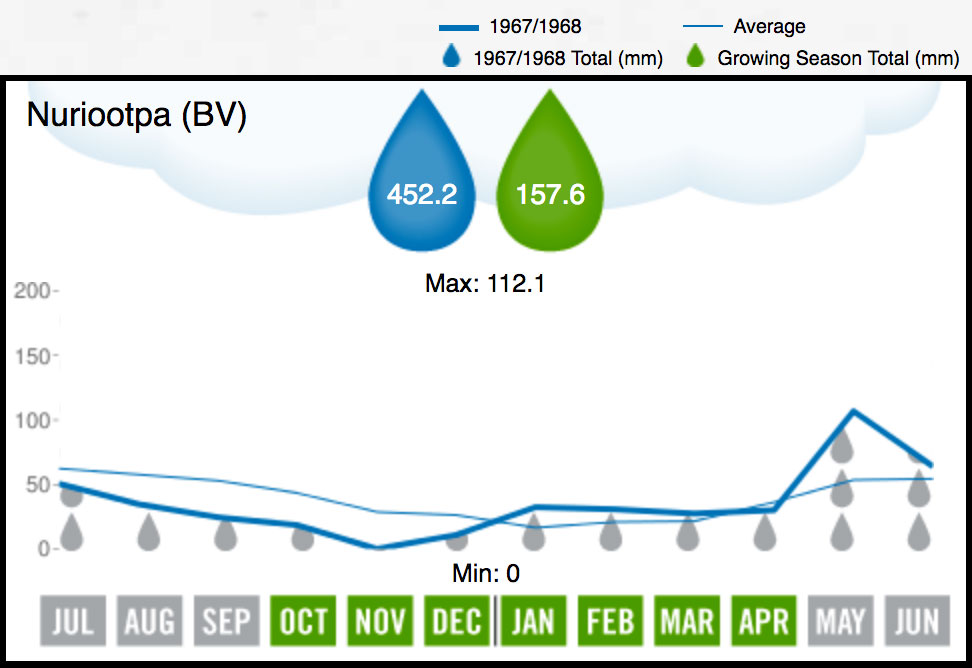 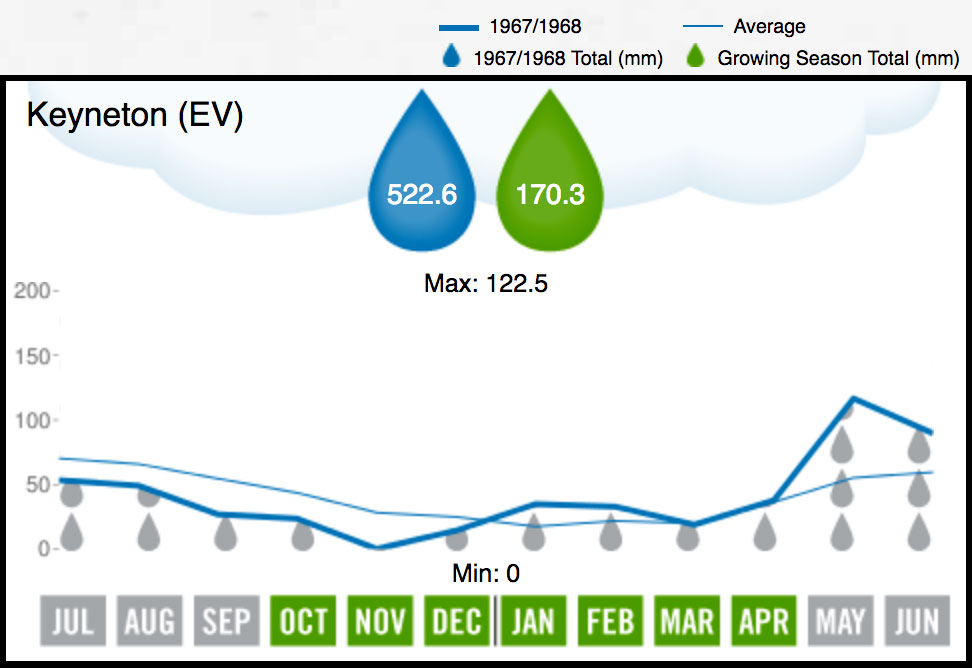 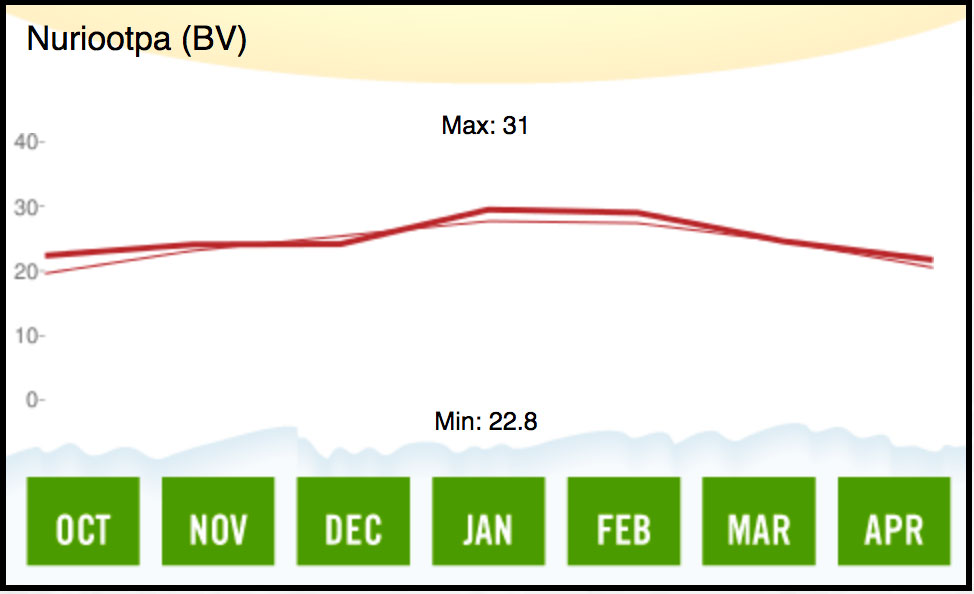