Although growing season rainfall was well below average a wet winter and rain in April led to average to above average yields and an excellent vintage for reds.

In 1964 there were 7,247 hectares of vineyards in Barossa and 36,407 tonnes of wine grapes were crushed in that vintage.

Plantings of Shiraz, Carignan, Grenache, Pedro, Riesling and Palomino were all on the increase.

Noted international food and wine writer and Patron of the International Wine and Food Society, André Simon visited the Barossa and was hosted by a number of winemakers at a special dinner of the Barossa Bacchus Club.

Widespread concerns about a grape oversupply in the Barossa saw 700 tons sent to a cooperative in McLaren Vale.

Penfolds 1963 Kalimna Cabernet Sauvignon (with a touch of Malbec) won the 1964 Jimmy Watson trophy and the company also released its first Bin 707 from this vintage. Red wine production increased two fold in the next few years at Penfolds.

The CSIRO’s Horticultural Research Laboratories were established at Glen Osmond, next to The Australian Wine Research Institute. 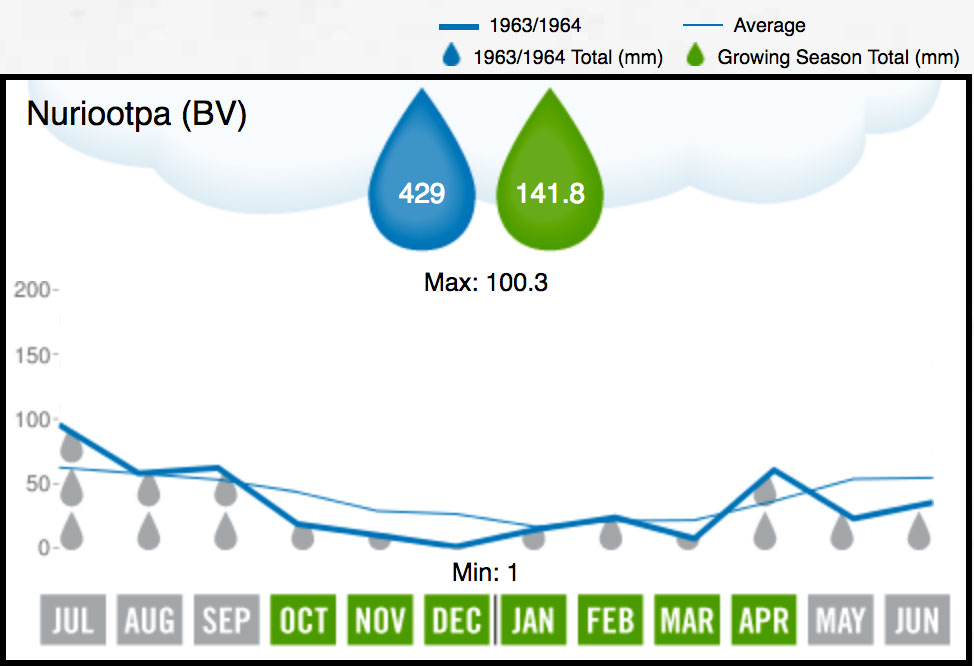 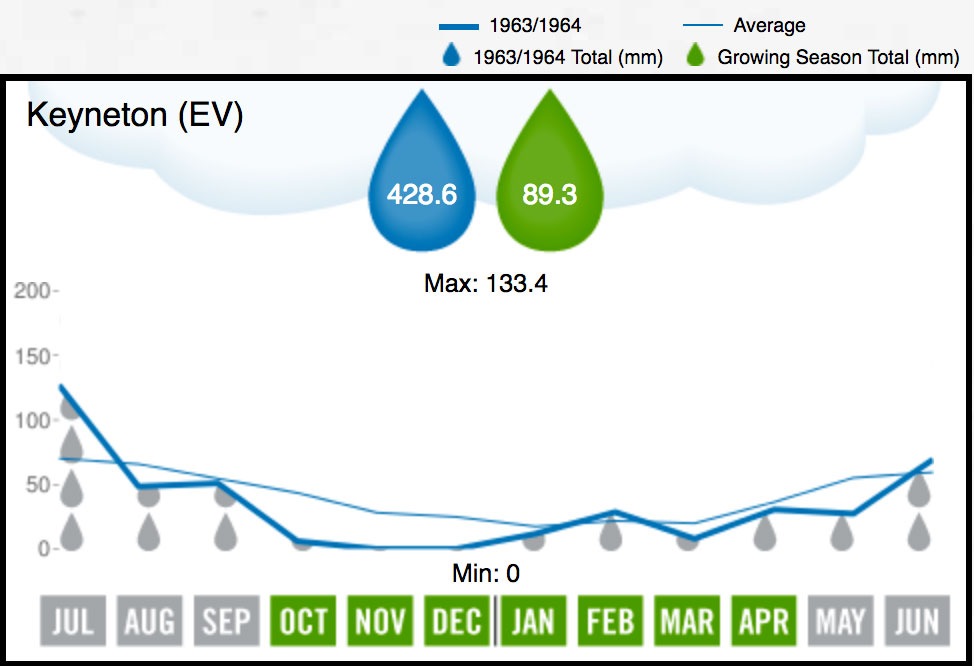